Toxins and estrogen mimics are potential threats to our health, but diet-induced inflammation is a major contributor to disease and makes us susceptible to environmental toxins.

The world is full of toxins. More industrial toxins are produced each year and many escape. The drugs and bioactive molecules that people consume seeking health end up down the sewer and into waterways via inadequate sewage treatment. Estrogens from birth control pills end up in our waterways in sufficiently high concentrations to alter the fertility of some fish species and impact ecosystems. The big question is, “Are these molecules toxic to us at very low environmental concentrations?”

Can we argue that if some people are sensitive enough to suffer from a millionth of a peanut, that vanishingly low concentrations of a molecule, e.g. bisphenol A that interferes with the binding of estrogen to its receptor, can cause severe development problems and disease? This may be a suitable comparison, because in both the case of peanut allergy and an acute sensitivity to a particular chemical, the sensitivity may be the key issue. Most people may suffer no problems, because a healthy body processes toxic materials and keeps functioning. Those people with defective immune systems, in the case of allergies or unusual sensitivities may be the canaries in the mine -- warning the rest of us of accumulating toxins. Alternatively, the unusual sensitivity may be similar to the allergies and provide a dangerously aggressive response to an otherwise innocuous environmental material, such as a peanut.

How do we know if the toxins in our midsts are real threats? Lets treat the easy cases first. Cigarettes are not too dangerous until they are burned, but then the smoke and the filters or unused butts are quite dangerous. I don’t think that most biochemistry research laboratories could get permission to bring the hazardous materials from a burned cigarette into their laboratories. Special handling, including air purification would be needed. Clearly this type of toxic material that can cause damage at very low concentrations must not leach into our environment. Cigarette butts should be handled as hazardous waste and should be never left unattended. It should certainly be illegal to discard this material where children could come in contact. Radioactive materials similarly should also be handled with great care.

Our bodies can handle relatively large amounts of some toxic materials -- detoxifying enzymes are present in the walls of our intestines and in the liver to convert toxic dietary molecules into other molecular forms that are less toxic and more readily excreted in our urine. Thus, we can eat some plants that would kill our pets, because dogs and cats lack the ability to handle common plant toxins. Some manmade toxins may be similarly handled by functional detoxifying systems in healthy people. A classic argument in this context is whether organic vegetables are healthier than those produced by chemical farming. Organic vegetables have higher levels of naturally occurring, but nonetheless potentially hazardous toxins produced by opportunistic fungi, i.e. mycotoxins, and the plants themselves, e.g. phytoalexins. Chemical farming produces veggies higher in manmade toxins. Which is safer? I would choose the organically grown, but that is probably just my personal prejudice, because the research is fairly clear that organically grown veggies don’t actually make people healthier. It is healthier to eat more veggies from any source. Unfortunately, just adding vitamin supplements also doesn’t improve health. That is why I recommend an anti-inflammatory diet supported by an anti-inflammatory lifestyle.

But what about the bisphenol A that is in the news. As the name implies, this molecule has two ring structures, phenols, that are connected and this combined structure vaguely compares to the structure of steroid hormones. The bisphenols 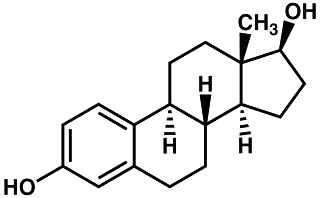 were originally synthesized as potential birth control drugs. They aren’t very effective in competing for binding to estrogen receptors or to the enzymes that are involved in the synthesis of steroid hormones. I don’t know how quickly the bisphenols would be excreted from the body, but I doubt if they accumulate. So BPA should be excluded as an added ingredient in shampoo, for example, but I personally would not worry about the small amounts that leach from polycarbonate bottles.

There is one worrisome observation that I heard in a news report, and that is that BPA may disrupt the release of adiponectin from fat tissues. Adiponectin is anti-inflammatory, so this got my attention. I guess I will keep drinking my water from a glass.

I will leave with a final anecdote. My wife encouraged me to contribute to a listserve that was discussing the dangers of soy baby formula, based on the use of genetically modified soybeans and glyphosate herbicide. Since I had told my wife that glyphosate, which readily breaks down into an amino acid and phosphate in soil, is one of the few safe and environmentally friendly herbicides, I agreed to present my views that genetically modified soybeans were probably a better source for the baby formula than traditionally grown soybeans. (This doesn’t suggest that I think that any formula is safe for babies -- I am only considering the relative safety here.) So after I went out on the limb here and supported glyphosate, I read that this herbicide modifies the metabolism of the soybean plants and increases the level of estrogenic compounds! I had recommended a treatment that potentially exposed this group of soy formula-fed babies to higher levels of phytoestrogens. So, beware of unknown consequences and stick to mother’s milk.

In summary, my personal feeling is that the toxic molecules in our environment are a minor impact on our health. Environmental carcinogens, for example, are a rare source of mutations in our cells compared to the natural mutation frequency due to replications errors of our cellular machinery. Unexposed to any environmental insults our cells would produce at least one hundred times as many potential cancer cells as result from common environmental carcinogens (smoking accepted). I think that we should focus our attention on reducing the big problem of diet-induced chronic inflammation, thereby develop a higher general level of health that would reduce degenerative and autoimmune diseases by at least 90% and then consider the smaller problem of environmental toxins. Most healthy people would resist the minor impact of toxins, as well as their personal genetic predispositions, to disease.
at 11:54 AM

It's funny, but when people think of environmental toxins, they think of car exhaust, factory smoke, etc. But diet hardly gets consideration, food is environmental and we put pounds of it into our bodies daily. Most people find it impossible to believe that my son has improved so much on a diet, they just can't bring themselves to think of food as being that powerful.

Mrs. Ed,
My sentiments exactly. Toxins and genetic predispostions contribute less than 1-10% as much as diet to disease.

Also note that BPA contamination is a million times higher from some thermal printer papers used in cash registers and credit card receipts, than it is in water bottles.

Thanks for reading the back issues.

Having seen you post on BPA and thermo-paper: Compare BPA to T3