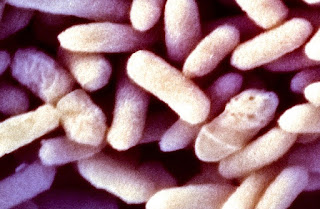 Careless prescriptions and cattle fattening antibiotics are blamed for the rise of superbugs resistant to everything in the hospital arsenal, but that’s all wrong.  Antibiotics fail, because we are all abusing common medicines that also have powerful antibiotic activity.  All painkillers, anti-inflammatories, statins, antidepressants, and the whole list of common pharmaceuticals are the problem.  We simply use too many drugs.

Here are the simple facts that I have discussed at length in another post:

Common Drugs Are Actually Antibiotics
Most pharmaceuticals are derived from phytochemicals, a.k.a antioxidants, adapted in plants to kill microorganisms, i.e. as natural antibiotics.  It is not surprising that drugs = antibiotics.  What is surprising is that people assume that if antibiotics are labeled with some other activity, that they cease to be antibiotics.  All drugs are also antibiotics and that is why a major side effect of most medicines is upset gut bacteria.

The Only Way to Stop Superbugs is to Use Less Drugs
The bottom line is that even if doctors start to use antibiotics more rationally and antibiotic use in agriculture is eliminated, superbugs will still be a big problem, because they will be produced by excessive use of common drugs, i.e. those found on the shelves of drug stores and supermarkets, as well as prescribed by doctors.

The only solution to the superbug problem is to reduce pharmaceutical use by 99%.
at 6:19 PM 738 comments