Nosocomial infections happen when the immune system is compromised through a medical procedure and common bacteria, such as Staphlococcus aureus, get introduced. From my perspective, that means that the walking bacterial reservoirs, i.e. gut flora of healthcare practitioners, provide an inoculum directly to the damaged tissue, or indirectly by contaminating the patients gut flora and then spreading the pathogens from the patient’s digestive tract to the damage site. This is what happens with ventilator-associated pneumonia and sepsis in critically ill patients.

The trick is to keep the patient’s gut flora healthy -- healthy as a breastfed baby’s. The typical medical approach is to kill off lurking pathogens with a dose of antibiotics. The problem with this approach is that it is both indiscriminant and selective, i.e. it kills both pathogens and beneficial bacteria, but it also provides a selective advantage for the antibiotic resistant hospital strains of opportunistic pathogens.

Humor break: Why do babies spit up half-digested breastmilk and then smile? Answer: Pepsin produces antimicrobial peptides from milk proteins. The baby smugly acknowledges that she knows that she has just protected her upper respiratory and digestive tracts against bacterial pathogens. 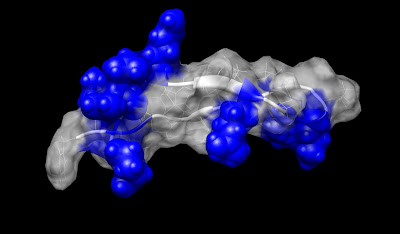 Lactoferrin is a major component of milk whey. It binds iron and heparin. It can be digested by pepsin into an an anti-microbial peptide, lactoferricin. Baby’s smile and spit-up on your shoes when you say lactoferrin.

Transgenic mice that produce porcine lactoferrin in their milk, transfer extra lactoferrin their little suckling mouse pups and that extra lactoferrin gives extra protection against bacterial and yeast pathogens. That is the experimental justification to suggest that treating patients at risk of nosocomial infections (I guess that would mean every patient in contact with a nurse or doctor) with oral lactoferrin should selectively eliminate the pathogens. Lactoferrin is prebiotic and supports the growth of probiotic gut flora. 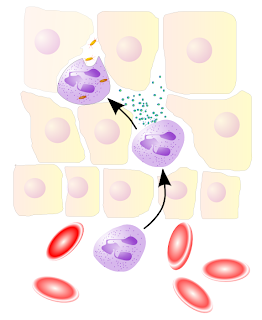 Simple anti-inflammatory treatments cure some of the most common health complaints. The big question is why people tolerate the problems rather than applying the readily available remedies.

It seems to me that one reason people don’t simply live anti-inflammatory lives and avoid health problems is that attacking the underlying inflammation by approaches that would have prevented the health problem in the first place, is inadequate for fixing the problem after it becomes established.

Health problems based on inflammation may have many different sources of inflammation. Many dietary deficiencies, for example, contribute to inflammation, so what we eat or don’t eat is a major health risk. Other common contributors to inflammation are dental cavities/infections and inadequate exercise.

I have started to ask casual acquaintances if they have any aches or pains, because eliminating dietary sources of inflammation will be evident in relief of these problems. Common complaints are sore joints and tendons related to repeated use. An example is my barber who complained of pain in all of the tendons used to raise his arms to cut hair. Another friend just had her second child and suffered from shooting pains in the tendons of the arm she used to cradle the youngest when she used the other arm on some task.

In many cases, a simple change in diet can lower chronic inflammation enough to provide relief from symptoms. Vitamin D deficiency is probably an underlying source of inflammation of most people in the US. So a simple supplement of 2000-5000 IU per day will have noticeable, anti-inflammatory impact on most people.

I recommended vitamin D and fish oil supplements to a friend suffering from chronic back pain. The back pain persisted, but his acne resolved. He stopped taking the supplements, but after physical therapy relieved the back pain, he returned to the supplements as an acne treatment. Now he has long term relief from all of his pains.

Health problems that start from aggrevated inflammation, may not be eliminated with resolution of the initial cause. My friend’s back ache, for example, didn’t respond to just elimination of deficiencies in his diet. It seemed that the back problems were self-sustaining. After he did exercises to remove the physical aggravation of his back, lack of dietary inflammation prevented the return of the back ache.

A student of mine suffers from celiac. This is a complex autoimmune disorder of the intestines that is triggered by wheat gluten and is self-perpetuating. Of interest in this context is that celiacs frequently also have back problems. This indicates that the inflammation of the disease is systemic and impacts other tissues. Clearly, reducing dietary inflammation can go only so far in relieving this complex web of reinforcing sources of inflammation.

My friend with tendonitis from holding her child got immediate relief from topical application of castor oil and dietary supplements eliminated the problem. Castor oil and capsaicin react with skin heat-sensing neurons to initiate an anti-inflammatory response in adjacent tissue. In a similar way, menthol acts on cold-sensing neurons and relieves pain by reducing inflammation. Vicks Vaporub is a common commercial source of menthol (other sources are blue Listerine mouthwash and Noxema lotion), which give faster relief than longer lasting castor oil for many connective tissue/joint aches. Exercise is another source of relief for inflammation-based aches and pains.

Health: Combinations of Interventions and an Anti-Inflammatory Diet

Fundamental to the cure of all diseases is a supporting anti-inflammatory diet and lifestyle.
at 11:13 PM 132 comments