Thalidomide suppresses TNF production and alleviates cachexia and anorexia of terminal cancer. Suppression of TNF is also effective in the control of numerous inflammatory diseases.

I have often wondered how cancer actually kills. By infiltrating and displacing cells of essential organs, a metastasizing cancer can kill by starvation, suffocation, etc. Brain cancers can build up pressure in the skull and cut off neural function needed to sustain life. But what about the loss of appetite and general wasting, anorexia and cachexia, associated with the terminal stages of cancer? As more people live longer with cancer, it seems to me that avoiding the wasting of the last stage is becoming more important. So what is wasting?

It seems to me that wasting is high level chronic inflammation. Inflammatory cytokines, particularly TNF (tumor necrosis factor) reach high levels and are characteristic of acute inflammation. TNF was initially called “cachexin” based on its association with wasting. Cytokine signaling is usually balanced and local, so chronic high level TNF marks a system out of control.

Inflammation suffers from stereotyping. We spend so much time trying to block inflammation that we sometimes lose sight of the essential requirement for inflammatory processes in normal immune function, wound repair and development. We notice this need for example in the disruption of the gut by aspirin, since inflammatory prostaglandins are needed for ongoing maintenance of the gastric and intestinal epithelium. Aspirin blocks COX2, the enzyme that produces inflammatory prostaglandins from omega-6 fatty acids, and that is how it leads to problems with causing bleeding. 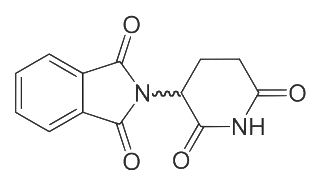 A potent inhibitor of TNF, thalidomide, was initially banned, because it caused horrible birth defects when taken by pregnant women. We must be vigilant when using potent drugs to selectively eliminate problematic protein functions, because proteins always have multiple functions and multiple proteins have similar structures. Thus testing for the effectiveness of a drug, does not protect us from numerous underlying unintended consequences. All drugs interact and alter numerous, and in most cases unknown, functions within a cell.

Thalidomide was found to reduce TNF and was effective in the treatment of nausea and sleeping problems of pregnancy. Its teratogenicity gave it a terrible reputation for many years, so it was a long time before its potential was appreciated. Suppression of high chronic inflammation is very useful in extreme cases of arthritis, leprosy, multiple myeloma and many other diseases currently being examined. So, thalidomide is now being vindicated.

Upon seeing these observations of the effectiveness of thalidomide, I immediately thought about the possibility of alleviating cancer cachexia and perhaps even the physiological reinforcement of anorexia nervosa. A quick check of the biomedical literature confirmed that thalidomide is a very useful new tool in the treatment of terminal cancer. Thalidomide that can be tragic to embryos can provide comfort and improve the quality of life in its final stage.
at 4:00 PM