A new study finds that women have more species of bacteria on their hands than do men. I don’t know what this means, but this brings up a question about the use of the term species in reference to bacteria. 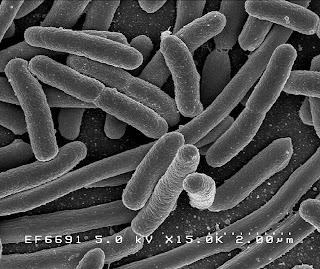 Bacteria are bags of DNA and the proteins (and RNAs) that are coded by the genes that make up the DNA. Thus, excluding mutations, all of the progeny of a bacterium will have the same DNA sequence and proteins. Hereditary and evolutionary relationships between bacteria can be seen in their DNA sequences.

Problems arise in the definition of species, because of the promiscuous exchange of DNA between bacteria (and other organisms). 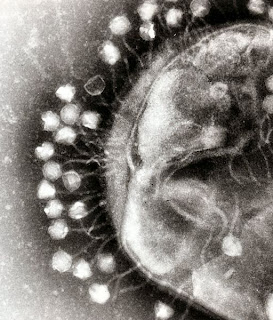 Bacteria exchange genetic information on a prodigious scale. Viruses, for example, can infect one bacterium and transfer some of that bacterium’s DNA to a totally unrelated bacterium. Bacteria can also take up the DNA remains of ruptured bacteria. There is also a form of sexual, conjugal transfer of DNA between bacteria via proteinaceous bridges called sex pili. 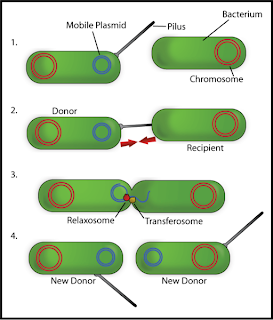 These DNA exchanges are very wide spread in nature and som 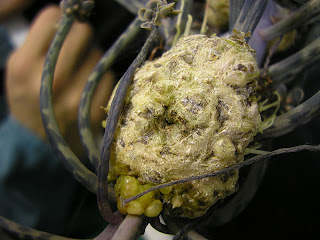 e bacteria actively transmit their genes to plants, e.g. crown gall producing bacteria. Rotifers actively reconstruct their chromosomes after dehydration and will incorporate any plant or animals DNA that is present into their chromosomes as well. Humans also incorporate DNA from other species at a relatively modest pace. For exa 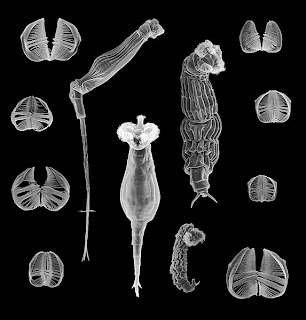 mple, the HIV or herpes viruses insert their genes into the chromosomes of infected human cells. As a consequence of similar historical events, human chromosomes are littered with DNA remnants from other species.

The upshot of all of this genetic exchange is the blurring of species boundaries, particularly in bacteria. Higher densities of bacteria mean more transfer, so the gut, for example, consists of bacteria defined by the cohort of genes necessary to occupy a particular biochemical niche. If bacteria identified by their biochemistry as E. coli in Boise, Idaho, are compared with E. coli identified the same way in Paris, their DNA sequences will be less similar than cats and dogs.

When I hear that women have more bacterial species on their hands than do men, I am perplexed. What do the numbers mean? How are the researchers defining the 4,700 different bacterial species that they found? I would have to say that, if the differences are real, then women have more biochemical niches on their skin than do men. The report also indicates that the one to two hundred different species on each hand of an individual also differ. This could reflect the unique colonization of each square centimeter of skin and the microstructure of bacterial populations. It does bring into question the use of the term species as applied to bacteria.

It would be interesting to see detailed DNA sequencing of bacterial populations applied to simulations of gut bacteria. I would expect that the biochemistry displayed by defined regions of the synthetic gut would become stable. This would indicate that particular species became established. But I would also expect that the DNA sequences of those “species” would continue to change, reflecting the exchange of DNA between the species. Introduction of new DNA into the system should result in a general drift of DNA sequences through the species even though the biochemical characteristics remain constant.

This discussion also applies to the inflammatory state of an individual as determined by diet and the corresponding gut flora that develops. Since there would be no advantage to bacteria to produce gut altering compounds that did not improve the reproduction of the bacteria, then the gut must initiate the exchange of molecules/nutrients and benefit from the communication. This biochemical communication is not understood, but is vitally important for health.
at 4:41 PM

There's a very interesting book called "Survival of the Sickest". He talks about this. He also mentions that our own DNA has viruses incorporated into it. There's also a great quote in the book, "Genetics are history, not destiny".

Mrs. Ed,
Thanks for exploring these nooks and cranies of my blog. I am surprised to read my ancient text and find the answers that I have found later in the biomed literature.

I read that book and it brings up some of the same ideas in "Why We Get Sick." There is a lot to change in medicine to make it more effective. There are some sensible strategies for altering the path of epidemics by controlling the evolution of pathogens.