I always envied the neurophysiologists who studied 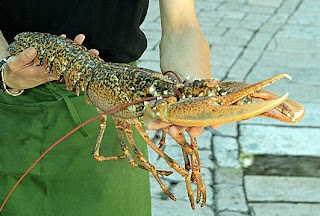 the giant axons of lobster, because they could always eat their failed experiments. I was working on a fungal disease of soybeans. It had no gourmet prospects. My revenge came decades later, when I took a “research” trip to Tuscany to study the impact of Mediterranean cuisine on inflammation. Fish, cephalopods, red wine and tiramisu were my test materials and I was the test organism. For a month, I felt no stress, no in 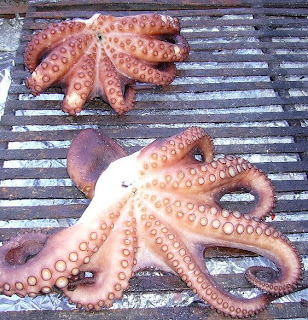 flammation and no pain. Recent research articles support my subjective conclusion that seafood and red wine from Siena to Venice are anti-inflammatory.

Recent tests of the fatty acid composition of Mediterranean fish and octopus show that the ratio of omega-3 to omega-6 fatty acids in the fish and octopus is roughly 2:1. (In contrast, the US ratio is 1:20) The omega-7 fatty acid, palmitoleic acid, which appears to act as an anti-inflammatory hormone, was also present. The prominent place of seafood in the Mediterranean diet and the high omega-3-rich fatty acid composition of that 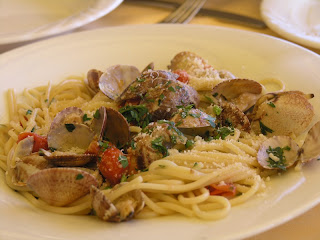 seafood, combined with the absence of the inflammatory, omega-6-rich vegetable oils, corn, soy, safflower, of the inflammatory US dietand the use of olive oil, go a long way to explain the relatively low incidence of inflammatory diseases in people who eat a Mediterranean diet. Just add some sunshine and exercise, and you will live better and longer. 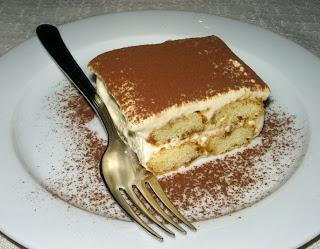 Oh, by the way, the tiramisu was my daughters’ project to evaluate local variation of that dessert throughout Italy. So we ate tiramisu at a different restaurant each day for a month. The differences were amazing and the best tiramisu in Italy is ... 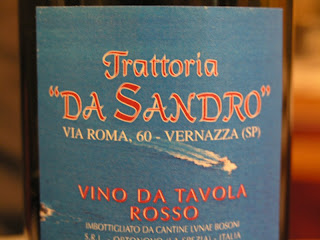 But the bottom line is the same. The Mediterranean diet is nothing more than another variant of the anti-inflammatory diet and lifestyle that I have been discussing throughout this blog. Biomedical research says that the US diet is killing us. You can go to Tuscany or you can just shop, cook and live wisely wherever you are.

Mmm, you are making me hungry. I think I could live on that diet. Hope you are doing well. We are feeling pretty good on this end.
Hope you had a great Thanksgiving.
Hugs
Anna

We spent two weeks in Italy this summer - one week in a rented farmhouse apartment, so I shopped and cooked for most of our meals that week, and then one week divided between Florence and Rome, staying in hotels with no kitchen facilities, so we dined out.

The first week, most of the our food was not much different from what I prepare at home, though obviously with more typically Italian ingredients - fresh "truly" free range eggs (2-3 every morning, cooked in butter) from a small flock, produce from a farmer's market, cheese and salumi/cured meats from a local deli down the road from the farm, the rest from a COOP supermarket that was quite similar to US supermarkets, though perhaps a bit smaller. I had my usual excellent glucose control that week because I could choose everything as I wished.

My glucose control while in the cities was a significant challenge. Our hotels included a coupon for a "continental" breakfast at a nearby cafe - a coffee or hot chocolate beverage and a roll/pastry. it wasn't even possible to pay extra for some protein, it wasn't available, or was perhaps a very thinly filled panini sandwich. I tried a plain croissant or an eggy brioche roll a few times, hoping there was enough butter in it to slow the glucose spike, but no, that didn't work, and I was invariably ravenous a short time later. I resorted to finding a open bar or deli and buying a plate of salami and cheese instead of the "free sugar and starch bomb".

For lunches I often found fewer options, too, as panini and pizza were the default quicker/affordable midday options everywhere, unless we wanted to pay a *lot* more and spend two hours on a full restaurant meal (the UD$-Euro exchange rate was awful then, too). Our best option for time/expense/protein-veggie lunches was to locate a kebab place, where we could get a kebab plate with extra salad instead of rice and bread, a glass or bottle of water, and we didn't break the bank nor take all afternoon eating lunch.

Dinner was usually a bit easier, and we tried to seek out places that served "traditional" regional specialties, patronized by locals more than tourists (one was near the old Roman stockyards, specializing in the "5th Quarter" - offal. I eschewed the bread basket and pasta for the most part, either only eating a few bites (or none) when ordering a full several course meal, which meant wasting food we were paying for (and only a taste of dessert if it came with the meal or not having any at all, as the desserts were always much too sweet and/or starchy). If we ordered a la carte, I usually ordered a hearty meat or organ protein dish and two sides of veggies or salads. We walked a lot, too, which helped, but not enough. My only planned deviation from my LC way of eating was a hazelnut/chocolate or coffee gelato now and then, which was always too sweet for me, but a real treat. But otherwise, I tried to make good LC choices, while still enjoying the local cuisine.

But overall, as much as I liked the high quality and flavor of the Italian food, I found dining out in Italy to be a bit of a mine field for my BG, with sugary and starchy options much too abundant and prominent, requiring lots of willpower (& sometimes some translation difficulties), not to mention guessing what some dishes might be in terms of carb content and effect on my BG. At that point, our family wasn't completely GF - that would have been much more difficult. I know celiac disease is very common in Italy - I can't imagine how they manage. Wheat is seemingly everywhere and hard to avoid completely.

That week, despite my efforts to choose an Italian versions of my low carb way of eating, I had very swollen ankles and legs, definitely put on a few pounds of not just "water weight", and felt a bit "off", with more intense hunger pangs and symptoms of rapid BG change. My fasting BG went up quite a bit, more than 10 points. And the cost of the lower carb choices (or not eating the included high carb foods was *very* expensive).

I loved Italy and Italian food, but it was a relief to get back to my own kitchen and control over my meal options, especially breakfast and lunch. I did note that our Roman breakfast cafe owner was very fit, lean, and "buff", obviously due to workouts and effort. I asked him how he managed to keep his 6-pack abs - he patted his abdomen and said, "no pasta!". But I could only get rolls to eat at his cafe...

I think that the tourist cuisine is hard on health anywhere in the world. We spent time on both coasts in Italy and cooked our own food in Siena, so we could avoid much of the pasta. I think that the locals eat pasta in much smaller portions, they eat more slowly/socially and get more exercise in everyday life. The choices are wonderful, even though it is easy to eat very poorly.
Thanks for visiting.

Chuck,
Ooops. I corrected the mistake.

Thanks for reading carefully.

Very interesting article -- since I was aware only of omega-3, 6 and 9.

According to ScienceMag.org (which looks to be pretty reputable) omega-7 may not only help to calm inflammation but may also be beneficial in battling obesity, which is another cause of inflammation in itself.

I never thought of macadamia nuts as being one of the healthier nuts (since they have a reputation for being so high in fat) but it sounds like they are an excellent source for omega-7 so I'll start adding a few to my trail mix.

Come Back in Italy Dr. Ayers! and keep on blogging!